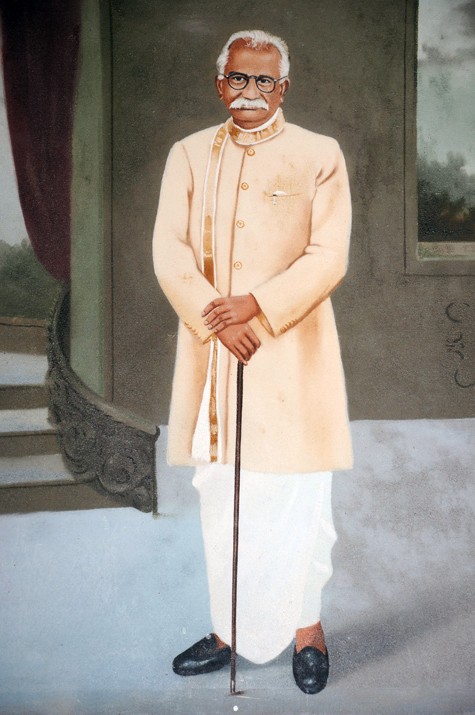 In 1946, when the first set of students (22) in KGHSS came off with flying colours in SSLC, he was overwhelmed with joy and gave away valuable prizes to the staff and students as a token of appreciation and applause. He awarded gold medal to the top notchers and boosted them up.

Besides he donated deliberately to the establishment of VHNSN College to enable boys to receive college education. He ardently wished to increase the knowledge of people and so he constructed many libraries in various parts of Virudhunagar. He constructed a Maternity hospital in memory of his wife Meenakshi Ammaiyar. There is no wonder that such a magnanimous philanthropist had been honoured with a prestigious title “RAO SAHIB”. He breathed his last in November 1949. KGS Managing Board showed their gratitude by establishing an English Medium school right from kinder garten for girls under Central Board of Secondary Education and named it after this magnanimous philanthropist as P.S.Chidambara Nadar Central School on 23rd June, 1975. Besides they erected his statue in KGHSS Park and his busts in the lobby of PSC School’s main block. When KGS board celebrated its centenary celebration in 2010 the strength of the schools has reached nearly 8400. The credit goes to P. S. Chidambara Nadar. All the Board Members, Teachers and taught paid their homage to him on its centenary celebration.